Socialism in India: Myth or Reality 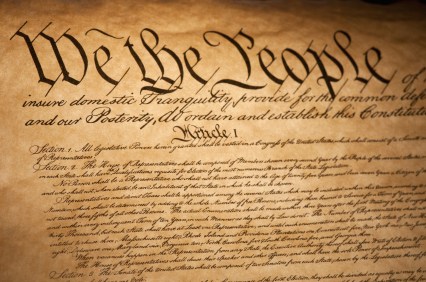 Further, the author wants to study the economical data and lay down the conclusion whether socialism is followed in India or whether India is a socialist state or not. Also, the failure of socialism in India would violate the fundamental rights of the citizens, if any. Finally, the author would suggest how there would be no violation of the fundamental rights, if any.

and destroy the identity of the basic structure i.e. preamble in this case.

Now, the question is the word ‘socialist’ added in the preamble of the Constitution of India is mere because of glorifying the preamble or it has any meaningful resemblance in present Indian economical, governance or societal structure.

India is a country with second largest population in the world but also it is a developing economy. The only reason of India being developing is unequal distribution of wealth as well as its dual economy character. Dual economy is the presence of two different economic sectors in one economy. India where on the one hand we find few metropolitan cities with world class economy on the other hand one may find very downward villages or residential areas where basic amenities such as health, food or even electricity to name a few, are not available where most of the population struggle to gather three times meals for themselves a day.

Now the question is that why this data is relevant to the socialism in India. Article 14[6] expressly provides for the equal protection of law in constitution of India. Article 14[7] proceeds on the premise that such equality of treatment is required to be given to persons who are equally circumstanced. Implicit in the concept of equality is the concept that persons who are in fact unequally circumentanced cannot be treated on par[8]. In other words, according to Article 14equals should be treated equally and unequal should be treated unequally. The basic purpose of treating unequal unequally is to bring them on par with the rest.

The above mentioned data clearly violate the Article 14[9] of Indian Constitution which provides for equality. If any economy would have such difference in the wealth or income of its individuals then how would they suppose to come at par with each other in order to establish the equality?

The sole object of bringing reservation by virtue of Article 15[10] and 16[11] of constitution of India is that those who are underprivileged i.e. socially and educationally backward should get the opportunity to get the education and occupation as those of the privileged ones. Apart from this, the Government of India has introduced by virtue of 103rd Constitutional Amendment Act, 2019 the Act amends Articles 15[12] and 16[13] of the Constitution, by adding a clause which allows states to make “special provision for the advancement of any economically weaker sections of citizens”[14]. By this move one can easily notice that the economic disparity in the Indian society is a matter of great concern that made the government of India to take this step even after the Supreme Court in Indra Sawhney v. Union of India and others[15] had put a 50% cap on reservations based on caste.

Here, the government of India made provisions to bring privileged and underprivileged at par at education and occupation, it should also take step to decline this gap of wealth disparity among the population of India.

Further, Article 19(g)[16] of Constitution of India provides for the freedom to carry on any profession, occupation, trade or business. This is note that one enter into any profession, occupation, trade or business to earn an income or wealth for oneself and person dependant on them. Now, as mentioned earlier that 10% of the population of India holds 77.4% of resources than how would the rest earn a decent wealth out of the remaining 22.6% of resources. Here, the responsibility is of the Government of India to make efforts so that the resources should be made available for everyone equally based on their skills and abilities because a mantra of socialism is:

Apart from this, the Constitution of India also provides for the Article 21[17] i.e. right to life and liberty. Here, the life means the life of humans with liberty and dignity. Now, the liberty and dignity is in itself are big terms and big goals to achieve by any government to provide for its citizens. Right to dignity also include equal right over the resources of a nation. And right to life which is guaranteed by Article 21[18] also includes the right to livelihood[19]. Livelihood includes the money to pay for necessities of a person which include food, shelter, health, education, etc. In a country where 90% people have to live or make their livelihood on less then 3/4th of the country’s resources than how can one imagine that these 90% would have an equal opportunity to make a living? Hence, it won’t be wrong to say that this economic disparity leads to a violation of right to livelihood of the 90% people who have access to only less than 3/4th of the nation’s resources.

“when the rights conferred are put on a high pedestal and are given the status of fundamental rights, which though embodied in the Constitution itself are in express terms distinguished from the other constitutional rights…, they are absolutely inviolable save as expressly enacted in the Constitution and cannot be waived by a citizen.”

This clearly implies that the fundamental rights cannot be waived. Then how would such a right i.e., right to livelihood and dignity under Article 21[21], right to equality under Article 14[22], 15[23], 16[24] and right to profession, occupation, trade and business under Article 19(1)(g)[25] which is being caused by the economic disparity in the country be assumed to be waived by the people and the government is not taking initiative to limit the disparity or to provide more resources which are concentrated by top 10% of the people in the country.

citizens. Because the basic framework of socialism is to provide a decent standard of life to the working people and especially provide security from cradle to grave[26].

The government of India is providing food at subsidized prices through public distribution system under The National Food Securities Act, 2013 to the eligible households under Section 10[27]. The preamble of the Act reads:

“An Act to provide for food and nutritional security in human life cycle approach, by ensuring access to adequate quantity of quality food at affordable prices to people to live a life with dignity and for matters connected therewith or incidental thereto”.

From the above mentioned act this can be noted down that if the government can make efforts to make food available to masses at subsidized prices it should also take steps to make the wealth of the nation available to masses of people. As rightly said a mantra of socialism is:

In Samantha vs. State of Andhra Pradesh[28] the Supreme Court has stated while defining socialism “Establishment of the Egalitarian social Order through the rule of law is the basic structure of the constitution”. The Court laid emphasis on social justice so as to attain substantial degree of social, economic and political equality. The court, to bring about the distribution of material resources of the country and to serve common good furthered the idea of distributive justice.

Hence, the responsibility rests on the legislature to enact a law which can attack the concentration of wealth by one entity and the wealth should flow in the economy and most of the people of the country would have a fair chance to earn and make their livelihood as per their ability and contribution.

[6]  Equality before law:- The State shall not deny to any person equality before the law or the equal protection of the laws within the territory of India

[16]   Freedom to practise any profession, or to carry on any occupation, trade or business