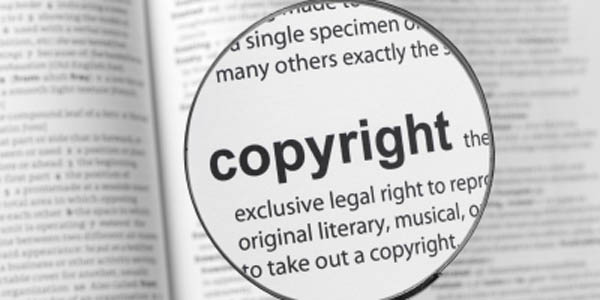 Copyright basically is a bundle of rights given by the law to the authors or creators of literary, dramatic, musical and artistic works and the producers of cinematograph films and sound recordings.[2] Copyright gives the author exclusive rights to perform certain acts which are mentioned in Section 14 of the Copyright Act. This protection would start from the date of publication.[3]

The requirement of publication brings us the importance of the same. Copyright protection is not to be subjected to any formalities, which includes publication and registration.[4]Initially in the US there was a necessity of notice that is to be given to claim compensation for copyright infringement. They needed to say that the subject matter is protected under Copyright. But later this was removed as the Berne Convention has said that there must be no formalities that are to be fixed for one to claim his copyright protection.[5] Further through an amendment in 1975 the US has said that protection would be there with the author from the moment of their creation, rather than publication.[6] But in India, the statutory protection would only start from the date of publication and not from the date of creation.[7]

Even though the protection is not subject to any formalities, there could be enhanced protection if the said formalities are followed. For instance, registration of a copyright would be prima facie evidence of the particulars mentioned therein and it shall be admissible in evidence in all courts without further proof or production of the original.[8] The necessity of publication is discussed in the later part of the article.

Publication can be defined as the reproduction of a work in tangible form and the general distribution of the copies of the work to the public through which it can be read or otherwise visually perceived. According to the Indian Copyright Act, publication means making the work available to the public by issuing the copies or by communicating the work to the public.[9]It can also be construed to mean a work which is “publicly exhibited”.[10] It is to be noted that publication with relation to copyright would differ from publication with relation to other laws.[11] It would also differ from other intellectual property rights.[12]

However, a work shall not be deemed to be published or performed in public if the author/owner of the said work has not agreed to the same.[13] The same is reflected in the Berne Convention wherein it is said that published works would mean works published with the consent of their authors and by satisfying the needs of the public.[14]

In general, while deciding if there was any fair use of a work, courts look for the nature of the work.[15]Publication would be a very important factor in deciding the nature of the work as the scope of fair use is narrower for unpublished works.[16] But in case it is published then the author’s right to control the first public appearance of his work will outweigh a claim of fair use.[17]

Common Law Copyrights would depend on publication. Copyright is basically a balance between public and private rights.[24] Consequently, an author’s interest in privacy may justify his perpetual common-law copyright in unpublished works. But if he chooses to give up the privacy and if he wishes to exploit his work by publishing it, the balance of interests would shift in favour of the more limited statutory copyright protection.[25]

Similarly, an author of an unpublished work has a common law right to control the first publication of that work but the author does not have a common law right to control reproduction following the first publication of the work.[26] This would also mean that, if I disclose my work to a particular person on a condition of secrecy, then the one is bound not to disclose same. If he discloses the same, my copyright is infringed. The said duty of non-disclosure is both a legal and equitable duty.[27]

In India, an author has a right to issue copies of the work to the public if the said work is not already published.[28]The author can only sell those copies which are not sold already.[29]This brings us to the Doctrine of First sale. Once a copyright owner has allowed copies of his work to be published, he or she cannot subsequently use the public issue right to control further dealings in those particular copies and the buyer can chose to sell the same as he wishes.[30] So on first sale of the work, the author exhausts his right to control the work.

Place of publication of the book also attracts importance as, if in case the book is not published in India then it would not have protection in India if the author is not an Indian Citizen. An exception to the above rule is given in Sections 40, 41.[35]

The importance of publication is discussed above. Even after having such an important role to play in deciding the copyright protection, the term publication is very vague. It can have different meanings for different purposes.[37]

As discussed in the beginning, when Martin Luther King made his famous speech, the court didn’t consider it to be a publication.[38] In law itself, the term publication would differ when we consider defamation and when we consider copyright. If a song is available for downloading from a web site, it will be considered “published”.[39] But if in case songs are made available over the Internet through an on-line file-sharing network they are not considered to be published.[40] Even if we go by the literal definition that our act gives us, which says that there would be publication when work is communicated to public, the question still remains as to whether if in case I exhibit the work to 10 people, would it constitute a publication? Hence there is surely a need to find a definition which would apply effectively and which would not cause any ambiguity. Such a definition should be in a way that would apply aptly to all subject matters of copyright.