Evolution of Patent Law in India 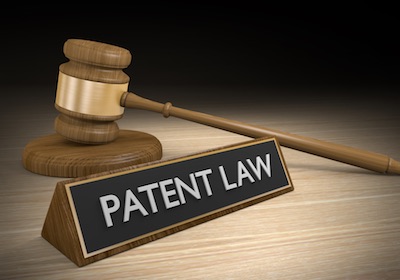 The concept of patent was there from 16th century. The word ‘patent’ was derived from the Latin word ‘patere’ which means “to lay open”. The British made it in to a codified law. At earlier stages, if a person finds or invents something new he can receive the patent right for 14 years. (14 years to train 2 apprentices back to back with regard to their working model [2 apprentices were not trained simultaneously]).

There was many miniature working models (more emphasis was given to it). The working model is also called “speaking witnesses” because if the judge has a dispute with regard the origin of the invention:

The miniature working model was kept in U.S- Washington (The historic Old Patent Office Building is now named as ‘The Donald W. Reynolds Center for American Art and Portraiture’ – Museum).

II. How To File Patent In Earlier Times

So the inventor has to go patent office in US. Walk through the corridors of models displayed with names and registered number under it and check how different is your model with that.

As a part of history: US patent office has 3 major fire accidents. The fire destroyed the major models. So the entire ‘prior art’ just disappeared overnight.

There was a shift:

Rather than storing the models for which the cost and the process of verifying the two models were high. They also expected to submit the models working in a written form. (Textual representation, scholars say this is “textualisation of invention”).

What was physical is now textual. It has a significant positive contribution namely,

III. Some Of The Problems Is “Patent Trolls”:

The person filing the patent without even actually inventing it. They file the patent (sometimes known as non practicing entities) they know the patent would work but they are not into manufacturing. If someone else manufactures it they would stop them and ask for royalties. It also diluted the act of teaching function. When paten became textualized, teaching method went to an abstraction. Earlier, teaching function was running along with the patent.

Earlier a person can go to the museum and say this particular model won’t work as he is an engineer he might know the technologies. But now only after the patent is granted the questioning happens.US currently has done with 10 million plus patents. Due to textualisation the burden has shifted from the inventor to the third party.

IV. Patent Is A Private Right

When the right is granted it creates ‘right in rem’. One of the disadvantages is that if you read 20 to 30 patents you can create the next one. Museum which was taken over by physical library of documents has transformed into online library with the invention of internet.

V. Patent Law Has To Change In Some Point Of Time

200 years before in America: more than 80% of the jobs were agriculture but now it’s only 1%. With the advent of technologies these will be Para-dynamic shift in everything.

The above one is the simplified version of the procedure to obtain patent in India:

There has been a dramatic modification within the Patent law System across the globe since its origin and embodiment in law centuries past. The shape of patent has become a lot refined however additionally that the complete method of registration of patents has witnessed a commendable modification. As a result of the recent move towards economic process like globalisation, the procedure for getting patents has additionally shifted towards centralised systems that aim at saving time and costs. Besides, at the same time, with the rising areas of recent technology and inventions, the wants for registration of patents became a lot of taxing and tight. Uncalled-for to mention, economic process has enormously accelerated the evolution and growth of law (both across the country and internationally) and has pulled us to international initiatives towards forming a world patent convention that supports centralized application for all nations within the world. This shall actually save time and prices and result in a utopian regime for registration and grant of patent rights, its protection and lawful exploitation.