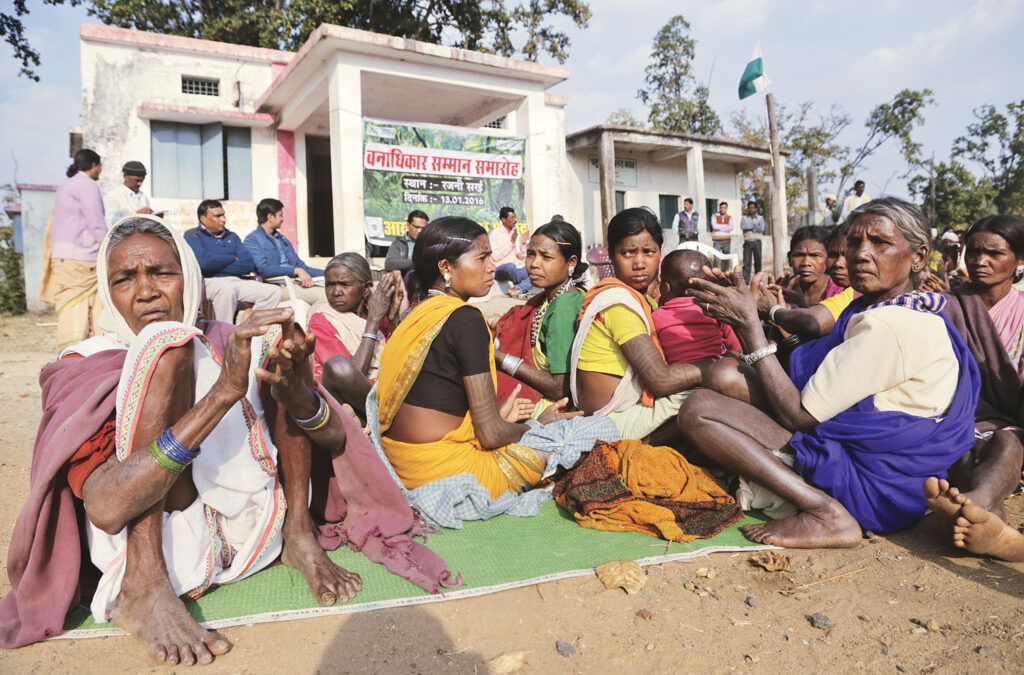 This article initiates a constitutional approach towards the protection of rights of socio-economically backward people in India and also tries to identify the problems faced by the backward groups and recommends better action and obligation of the government. The article is prepared with constitutional provisions and the Mandal Commission reports.

Indian society has been characterized by hierarchical caste system, traditional occupational patterns and lifestyles and religions. Low caste members, tribal and women on massive scale, were denied rights of education and possession of assets for hundreds of years keeping them deprived of socio-economic development. On this background, it has become relevant to protect the socio-economically backward people in India. At the time of independence of India, the living conditions of backward classes specially the SC’s and ST’s were so pathetic and so as to uplift them and to help them to establish a new environment, the government provided them quota or reservation facilities specially in educational institution and public jobs.

The state shall promote with special care the educational and economic interests of the weaker section of the people, and, in particular, of the scheduled castes and scheduled tribes, and shall protect them from social injustice and all forms of exploitation.

Scheduled Castes and Scheduled Tribes have been, for years, been the most neglected, marginalized and exploited people.  The issue of untouchability was a burden on the Indian civilization.  Even though the constitution declared abolition of untouchability of Article 17 , it still exists in many ways. It has always been a tale of discrimination and exploitation. The integrity and balance of the survival of Indian society is at stake. Democracy will have  no  meaning unless vertical inequality in society has been transformed into horizontal equality.  If the law does not favor the disadvantaged, there wont be any true equality of opportunity and freedom of choice.  The unity of the nation will be at risk.

Other Backward Class (OBC) has been used as a collective term used by the Government to determine the castes which are socially and educationally backward. It is one of the several official classifications, along with Scheduled Castes and Scheduled Tribes (SCs and STs) for the population of India. The OBCs comprise 52% of the country’s total population according to the Mandal Commission report of 1980, the which had decreased to 41% by 2006 when the National Sample Survey Organisation took place. There is an ongoing debate about the exact number of OBCs in India; it is generally estimated to be sizable, but many believe that it is lower than the numbers reported by either the Mandal Commission or the National Sample Survey.

II. OBLIGATION OF THE GOVERNMENT

Under Article 340 of the Indian Constitution, it is mandatory for the government to promote the welfare of the OBCs.

The president can by order appoint a commission to investigate the conditions of socially and educationally backward classes and to make recommendations to remove such difficulties and improve their condition .The commission shall consist of persons that he thinks fit and the order appointing such commission should also define the procedure to be followed by them. They shall also investigate the matters referred to them and should present the report setting out the facts and recommendations to the president.

— Article 340 of the Indian Constitution

III. WHO ARE ECONOMICALLY BACKWARD CLASSES?

Government of India has various schemes for the upliftment of Economically Backward Class people. There is a large scale of Indian population who are the below poverty line and belong to EBC. The criteria to get EBC certificate is strictly based on the annual income and the limit has been determined the by respective state government in which a person is domiciled. The ECB do not get any kind of reservation in education and jobs by government of India unlike other reserved categories. About 70% of Indian population belong to this category. The political parties due to vote bank politics do not do anything to uplift EBC. There has been huge unrest among people and this has come out in many ways including in form of anti-reservation agitations.

There has been a big deal of resentment amongst the people belonging to Other Backward Classes (OBCs) including minority groups that they are not given the benefit of comprehensive amelioration packages that has been implemented for the case of SCs and STs. This has led to conflicts ending in violence.

The Constitution refers the term ‘backward classes’ in Articles 15(4), 16(4) and 340(1). While Articles 15(4) and 16(4) empower the State to make special provisions for any socially and educationally backward class of citizens, Article 340(1) authorises the appointment of a Commission to investigate the conditions of backward classes. The term ‘backward classes’ had been originally used during the colonial times and had multiple referrents. The term in fact ,at least in its initial usage has denoted an all-encompassing category that involve the underprivileged and marginalised castes, tribes and communities.

Even at the time when the Constitution was being debated and drafted, the definition had remained imprecise. In debates of the Constituent Assembly, there were two ways in which the term had been used. The first was an inclusive group comprehensing all sections of society that needed preferential treatment. In such usage of the term ‘backward classes’ “untouchables” were also included the. In the second usage, the term used was ‘Other Backward Classes.’ But the fact remains that the category ‘backward classes’ had not been defined as precisely as other categories of Scheduled Castes and Scheduled Tribes were, but denoted other social categories of people those were underprivileged and marginalised.

Article 340(1) empowers the State to investigate the condition of socially and educationally backward classes and appoint a Commission for the purpose. The First Backward Commission was appointed under Article 340(1) submitted its Report in 1955. The Report presented a list of 2399 castes and communities considered as backward. Of which, 237 were considered as most backward, that required special attention. Thus the category ‘backward classes’ was bifurcated into two categories – the Backwards and the Act.

This Report was rejected by the Union Government for using the word ‘caste’ and  it was not an economic criterion for identifying Backward Classes.

The Second All India Backward Classes Commission – the Mandal Commission had submitted its report in 1980. The Commission had 11 indicators – a mix of caste and class features that was for assessing social and educational backwardness. It concluded with an exhaustive list of 3473 castes which were to be declared as backward. The tangible indicators to ascertain a caste or any social group as backward included their lower position in the class hierarchy, lower age at marriage within the group, higher female work participation, higher school dropout rate, inaccessibility to drinking water, lower average value of family assets, higher existence of Kutcha houses and so on. The report of the Mandal Commission was partially implemented in 1991.

The Other Backward Classes as per the Government of India notification of 8th September, 1993 included castes and communities which are named in both the lists contained in the Report of the Second All India Backward Classes Commission (Mandal Commission) and in the list of respective State Governments. There is, therefore, a major limitation on historical data on the OBCs. The Registrar General of India and the Census Commissioner discontinued the collection of caste-wise information (except for SCs and STs) after the 1931 census. Therefore as a result, there are no time-series data on the demographic spread of OBCs and their access to amenities. Even the Mandal Commission that had estimated the OBC population at 52 per cent of the country’s total population, had used the 1931 census data.

The constitution of India contains special provision and safeguards provided to Member of Scheduled Castes under its various Articles. These safeguards are in the nature of protective from discrimination for their Educational, Economic, Social, Political and reservation benefits and for their overall development. They can be used to uplift and protect the backward castes.

Cite as: Karun Roy and P. Lakshmipriya, Constitutional Approach towards the Protection of Rights of Socio-Economically Backward People in India, 1 Int’l J. of Legal Sci. and Inno. 2 (2019)